What’s the connection between the basic principles of Feng Shui and the 19th Century classic “Mrs Beeton’s Book of Household Management”?

Rainbow Red was invited (by the lovely Alison Fuller of Serene Healing - an holistic therapist and Feng Shui consultant in Weybridge, Surrey) to write an article about the health benefits of decluttering in relation to Feng Shui. 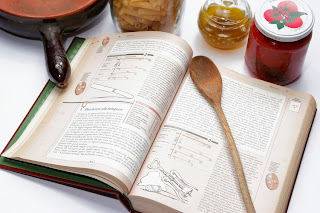 The answer to the question about the connection between the basic principles of Feng Shui and the 19th Century classic “Mrs Beeton’s Book of Household Management, is that they both endorse living in harmony with our environment so that the energy surrounding us works for us rather than against us, to improve health, wealth and happiness.

In her classic epic guide to all aspects of running a household in Victorian Britain’s homes, Isabella Beeton (one of 21 children!) not only painstakingly documented a huge number of popular recipes of the time (“first, catch your hare”), she also wrote “I have always thought that there is no more fruitful source of family discontent than a housewife’s badly-cooked dinners and untidy ways”.

150 years later and much of the advice in “Mrs Beeton’s Book of Household Management” is out of date – typically those relating to health remedies (thankfully these days there’s not a lot of call in the UK for unction’s or potions to combat “Cholera and Autumnal complaints”).

However, many of the recipes and advice have stood the test of time and are just as relevant today: “Cleanliness, punctuality, order, and method, are essentials in the character of a good housekeeper. Without the first, no household can be said to be well managed”.

Let me give you a 21st century example of her wisdom: in a recent article, life coach, mentor, motivational speaker and author Louise Presley-Turner suggested that “the way to reduce your stress levels is easy - by decluttering and simplifying your life!”
Her top recommendations for success were:
Noble suggestions indeed; but are they true? And can sorting out niggling outstanding jobs and untidy ways really improve your health and happiness?

The answer is definitely “yes”. Rainbow Red has had several clients who were in significant danger from falling over cables, newspapers, books, clothing or craft items until they were rescued from the perils of clutter; we’ve had others who shook so badly when we first met them that we thought they had Parkinson’s – only to see them become significantly less wobbly as they became less anxious about their home being cluttered, and their lives became more organised.

We’ve had clients who have benefited from being able to get into bed and change their bedclothes more easily once the volume of clothes on the bedroom floor had been removed, and others who were able to finally sit at their dining room table to eat for the first time in years. In many cases, clients have expressed huge relief simply knowing that there was a friendly face available locally to give practical help, and motivational advice and support, and others who have commented that their house was a more pleasant place to live in after only one short session.

We’ve improved cleanliness and hygiene by arranging for professionals to clean decluttered homes; we’ve re-organised kitchen cupboards and fridges (how often do you check and chuck out what’s out of date – or mouldy – at the back of your cupboard, fridge, or even make-up bag?), and brought in reliable tradesmen to decorate decluttered rooms, install television aerials, and install or repair windows; we’ve even had electricians install lights in under-stairs cupboards, as well as bathroom extractor fans – to combat mould caused by windows not being opened as a result from poor access due to clutter.

Rainbow Red is determined to recycle as many of our clients’ unwanted items as possible; for example, yoghurt pots go to www.stickyfingersart.co.uk kids arts and crafts workshops in Claygate; textiles go to www.1stweybridgescouts.org,uk for their HQ appeal; unwanted toiletries goes to www.womensaid.org.uk.

And if you happen to know of anyone who has a use for newspapers and magazines, we’d love to hear from you!

See the blog as it was originally published here:
http://www.serenehealing.co.uk/feng-shui-mrs-beetons-book-of-household-management/
Posted by Cherry Rudge at 22:48 No comments: