Dear Santa - please can we have a better benefits system? #growinguppoor 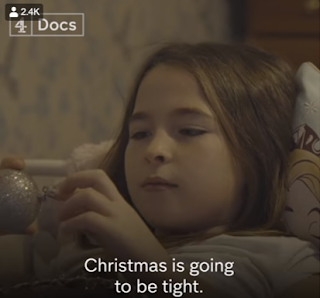 Hats off to the amazing Mum and her two gorgeous children in this Channel 4 News video, from the Channel 4 Dispatches programme "Growing up poor" which is due to be broadcast on 2nd December 2020.

Very sadly, they are innocent victims of the Government’s black and white, uncaring, short-sighted attitude towards vulnerable people.

People who are financially challenged often struggle to cope, and become affected by stress-related physical and/or mental health issues that adversely affect their Executive Functioning (things like their ability to plan, organise, multi-task, arrive at appointments on time - if they remember them – emotions, starting/finishing projects and decision-making).

Which is why we sometimes get asked by children's social services to help clients who struggle to cope with keeping their home organised, clutter-free, functional and safe.
An empathetic and practical decluttering and organising service is cheaper and less traumatic for a family than a clearance, and can significantly reduce the risk of children being put into care or families being evicted.

Otherwise, the family can disintegrate; physical and mental health problems (including low self-esteem, lack of confidence, anxiety and depression) can dominate their lives; they may turn to drugs, alcohol or shoplifting, be unable to study or to find a job, and potentially end up in the criminal justice system.

When the children grow up with issues related to Adverse Childhood Experiences (ACEs), they're likely to end up back in the benefits system – all because of Government bureaucracy and red-tape around a benefits system that should never have been implemented.

So, please Santa, can you give the whole of the UK the gift of a repaired and fairer Universal Credit system, so this family - and millions like them - can receive the financial and person-centred support, a happy Christmas and the positive future they truly deserve?

Thank you in advance - and keep up the great work!

Lots of love (and big hugs to the elves and your reindeer).
Cherry

Posted by Cherry Rudge at 09:30 No comments:

Someone once asked me about what training I've done. So, here are some examples of the main Continuous Professional Development (CPD) training and events I've attended or delivered, books I've read or videos I've watched since 2014. 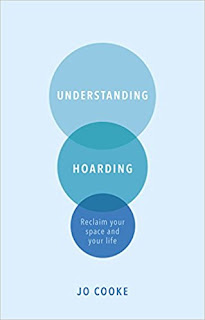 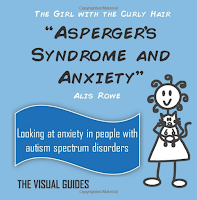 Executive Dysfunction & the mysery of having undiagnosed ADHD 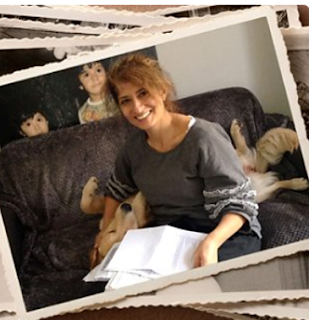 There's been a lot of media coverage recently about the BBC radio 4 programme in which comedian Shappi Khorsandi received help to bring order to her home from my APDO (Association of Professional Declutterers and Organisers) colleague Sarah Macnaught of RightSize.

Here's the link to the radio programme if you'd like to listen to it.
https://www.bbc.co.uk/programmes/p07qcqqs

What I don't remember being mentioned in the programme was that Shappi was diagnosed with Dyspraxia whilst at university, and then a few years ago she was diagnosed with Attention Deficit Hyperactivity Disorder (ADHD) – another neurological condition which creates problems with Executive Functioning – which is why Shappi (and countless others like her) experience difficulties with things like planning, organising, decision-making, multi-tasking, time management, and even regulating their emotions.

An article by the journalist Robyn Wilder in The Independent in 2018, explains her experiences of Executive Dysfunction perfectly.  She was being assessed for ADHD when she wrote the article, in which she described how she lives in constant chaos.

“I do not know where my keys are. I only pay bills once the red ones arrive, and I have zoned out 20 times while writing this. And this is me on a good day. I cope (or, rather, don’t) by mentally flagellating myself, drinking at least six cups of coffee a day to improve my focus, and using six different calendars to keep track of my life”.“Until 18 months ago I assumed that these were all personal shortcomings on my part. I’m lazy, perhaps, or just stupid. Maybe I’m just inherently slothful. Or maybe they’re symptoms of the depression and anxiety that have dogged me my whole life.  It didn’t occur to me that they might be symptoms of a medical issue until I read an article by Maria Yagoda in The Atlantic. As soon as I finished reading it, I cried for two hours straight. Then I called my GP for a referral”.

Robyn went on to say “I do wish I had been diagnosed as a child. It might have stopped me internalising and then beating myself with my teachers’ labels. It might have provided a counterpoint to the awful, critical inner voice that told me I was ridiculous and a time-waster, because I just generally can’t cope with life the way other people seem to".

The fact is, the issue of non-diagnosis of this potentially debilitating condition doesn’t just affect adults.  An international study published in 2018 in The Lancet warned that ADHD in children is going wildly under-diagnosed and under-treated in the UK. After reviewing data from 24,000 patients, 14,000 of whom were children, researchers found that while five per cent of children in the UK have ADHD, only one in 10 are actually treated.

So, if that’s the case as we approach the third decade of the 21st century, it’s difficult to imagine how many adults with symptoms of ADHD are still undiagnosed – and have suffered mental anguish, bullying, abuse and frustrations with organising their lives as a result.

As someone who works with people with issues related to Executive Dysfunction on a daily basis, and is about to become a Trustee of the Fastminds Adult ADHD SupportGroup in Kingston-upon-Thames, it seems to me that there’s not nearly enough support for individuals and families affected by ADHD and other neurological conditions.

Many of the true stories that we hear at the support group are absolutely heart-breaking – they would barely be believed if you read about them in a book or watched the movie of their lives.

Some people are so desperate for help and support that they travel miles to attend our Support Group meetings - we had someone recently who drove all the way from Kent *a round trip of over 100 miles) because they said ours was their nearest adult ADHD support group!

So, as it's ADHD Awareness Month, I would ask everyone who has been kind enough to read this blog to please share it with your contacts, and spread the word about the urgent need for far more training for GPs about Executive Dysfunction, ADHD and related neurological conditions - and how if misdiagnosed or undiagnosed they can lead to mental health problems.

Fingers crossed as a result, someone from "The System" (NHS, DWP, etc) will take note, sooner rather than later - and improvements will happen. Diagnoses will be made. Medications will be prescribed. Lives will be changed.

Thank you in advance for helping transform the lives of people who haven't chosen to be neurodiverse - they just happen to be blessed to be that way.

We're proud to say that today (which happens to be #MentalHealthAwarenessDay) we not only helped someone understand a bit more about #ADHD - which is nice, as it's #ADHDAwarenessMonth - we also helped them understand about how Executive Dysfunction doesn't just affect people with mental illness.

By the end of our conversation, they decided they will definitely ask their GP for a referral for an ADHD assessment - when previously another GP had apparently told them:
(a) the NHS doesn't recognise this condition in adults - it most certainly does - and
(b) they should perhaps get a referral for a mental health assessment instead.

Today we also helped someone else write a letter to appeal against their PIP benefits being stopped. They clearly experience extreme difficulties with Executive Functioning, and will be incapable of functioning "normally" until the root cause of their extreme anxiety and ill health (probably ADHD and Autism) is diagnosed and treated.

Is it any wonder that people end up frustrated and with mental health problems when they have to contend with a system which doesn't fully understand that there are conditions other than mental ill health that can result in Executive Dysfunction - conditions that prevent someone from being able to function "normally" and conform to social norms, like being able to hold down jobs or relationships.
Wake up NHS England and NHS Improvement - these are not isolated cases!
#ADHMyths #ADHDAwarenessMonth. ADHD Awareness Month #ExecutiveDysfunction #Equality #PersonCentred #HealthPolicy

To discover myths and facts about ADHD, check out the ADHD Europe website - www.adhdeurope.eu/awareness-month/myths-facts/

For more information about ADHD, check out the ADDIS website - www.addiss.co.uk/
And if Executive Dysfunction is causing you to have problems with clutter, disorganisation or hoarding which is affecting your health, then try using the Hoarding Ice-Breaker Form to start a conversation with your GP. - www.hoardingicebreakerform.org
Posted by Cherry Rudge at 19:38 No comments: