A friend very kindly sent me a recent article from The Guardian newspaper, entitled "A letter to my son....whose flat is filty - the letter you always wanted to write". 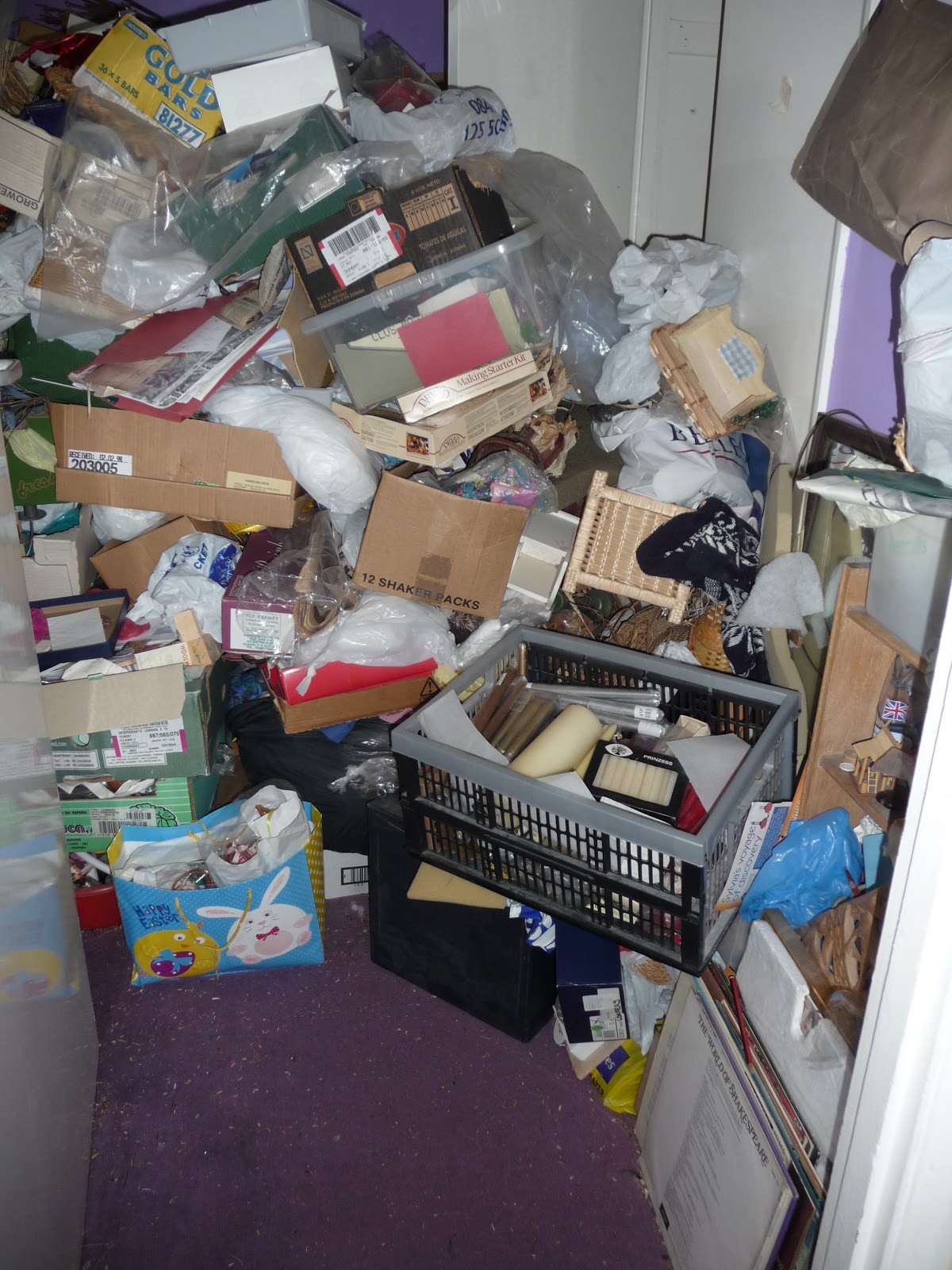 The article is in the style of a letter from a Mum to her son, and highlighted for me something I've seen a lot of since I've been a professional organiser: that some of my clients who have difficulty coping with clutter or disorganisation show symptoms related to being on the Autism Spectrum (also known as Autism Spectrum Disorder, or ASD).

And yet - for the most part - my clients don't seem to know it; instead, they often struggle with things like Dyslexia, Dyspraxia, depression or anxiety due to low self-esteem, partly due to their inability to be what I've heard some of them describe as "normal".

I've heard comments like "I want to have an immaculate house like my neighbours, but I can't seem to get my head around organising things or keeping regular routines" or "people tell me I need to do this or that, but it makes me feel upset and pressured because I find it so difficult to do what others seem to find easy."

I find it desperately sad that so many people slip through the diagnosis net - mostly because little was known about Autism and/or ADD/ADHD when they were younger; they've been left to fend for themselves, without the right kind of help or support, or - most likely - were either too embarassed to ask for help, or didn't know there was help available in the first place.

I belong to The Association of Professional Declutterers & Organisers (apdo-uk), which published a newsletter with useful guidelines for helping people with ADHD get organised.

I personally believe that many people at the chronic end of the clutter spectrum -who have hoarding disorder (a mental health condition) - are prime examples of vulnerable people affected by these types of conditions, or a combination of these and/or other physical, neurological or mental health problems.

Some hoarders in the past have been unlucky enough to end up suffering the humiliation, embarassment and trauma of having to undergo an enforced major clean-out by Environmental Health and/or eviction - expensive "solutions" which recent evidence proves can do far more harm than good to the recipient, and result in them feeling worse than ever about themselves.

It can demotivate them from any desire to declutter.  In fact, it can result in making them hoard all over again in no time as a way of trying to control their lives and surround themselves with items to create a "comfort zone" of personal possessions that make them feel better.

Some hoarders have been known to be so traumatised by clean-outs or eviction that they've taken or attempted to take their own lives - if that's not a cry for help or in despair, I don't know what is.

A diagnosis of Autism or ADD/ADHD could have resulted in the type of practical support - for example, training, counselling and/or medication - which could have helped prevent their extreme situation from occuring in the first place, or funding for the services of empathetic, non-judgemental professional organisers to provide motivational support, advice and practical assistance.

Which is one of the reasons why I'm so committed to UK Hoarding Awareness Week, the recent campaign by The Chief Fire Officers Association (CFOA), which I helped to organise.  The aims of the campaign are to:

By raising awareness of hoarding amongst the likes of GPs, mental health services, social services, Vulnerable Children and Adults Teams, Environmental Health, landlords, housing associations, Citizens Advice and the emergency services, it will hopefully reduce the number of people falling through the hoarding "net", so that they get the right type of help at the right time, and don't have to endure extreme measures which could blight the rest of their lives.

So I urge anyone who has an influence over assessing children's health to look carefully at whether they might be affected by ASD and/or ADD/ADHD; a simple diagnosis could make a HUGE difference to the quality of their lives - and the lives of their loved ones - in the future, and help them live a more cluttered, organised and stress-free life.

To those of you responsible for providing support to vulnerable adults, I urge you to put yourself in their shoes, and consider having them assessed for ASD and/or ADD/ADHD before making life-changing decisions which could cost more than just money.

As the daughter of a hoarder, I thank you in advance, from the bottom of my undiagnosed ASD/ADD/ADHD heart.

NAS says that Autism affects how a person communicates with, and relates to, other people. It also affects how they make sense of the world around them. It is a spectrum condition, which means that, while all people with autism share certain difficulties, their condition will affect them in different ways. Some people with autism are able to live relatively independent lives but others may have accompanying learning disabilities and need a lifetime of specialist support.


According to NAS, ADHD is a condition related to Autism, that makes a person inattentive, impulsive and hyperactive. An increasing number of children are diagnosed as having both ADHD and autism. Some parents are apparently only diagnosed with ADHD after their children have been diagnosed with autism.
http://www.autism.org.uk/about-autism/related-conditions/adhd-attention-deficit-hyperactivity-disorder.aspx

NAS has developed a framework for understanding and responding to the needs of children and adults on the autism spectrum. The framework is also useful in identifying underlying issues, reducing the disabling effects of the condition and providing a cornerstone for communication. It also forms the basis of all autism-specific staff training and an ethical basis for intervention. The acronym for this framework is SPELL. SPELL stands for Structure, Positive (approaches and expectations), Empathy, Low arousal, Links.

For more information about Autism, Asperger's and ADD/ADHD:


To find a professional organiser for help with decluttering and getting organised, check out apdo-uk's website: www.apdo-uk.co.uk
Posted by Cherry Rudge at 01:30