When I first started Rainbow Red back in 2011, no-one – especially me - could have predicted that three years later I – the daughter of a hoarder - would be one of the organisers of the first ever UK Hoarding Awareness Week, and a guest of The Chief Fire Officers Association (CFOA) at a Parliamentary launch event in the riverside Common Room bar of the House of Commons.

Much to my continued amazement, this is a real life true story.

There I was this week enjoying afternoon tea - with the likes of a Shadow Minister, MPs, senior representatives of CFOA and the fire and rescue service, charities and housing associations, plus fellow professional organisers and hoarders featured in tv documentaries – all of us discussing the safety risks associated with properties affected by hoarding, and the importance of multi-agency partnerships to help safeguard people affected by hoarding.

I attended with my friend and esteemed apdo-uk Hoarding Advisory Team colleague Heather Matuozzo (owner of Clouds End CIC, a social enterprise which provides practical help, support and training on all manner of hoarding-related topics).  We'd been invited to join CFOA's Hoarding Working Group, advising them on the best approaches for the fire and rescue service to work with hoarders, and develop a Toolkit for the campaign.

Heather's colleague Andy Honey was also at the Parliamentary launch.  Andy appeared in Channel 4’s documentary “Obsessive Compulsive Hoarder”, a programme which showed how he helped hoarder Richard Wallace (from Westcott near Dorking, Surrey) clear tonnes of clutter from his garden and home.  The experience changed both their lives.

It was a great pleasure to meet Richard on the day of the launch, as well as the delightful, fun-loving Vasoulla Savvidou of “My Hoarder Mum and Me” fame.  She's the mother of the beautiful and gorgeous Jasmine Harman, founder of Help for Hoarders who I signed up as apdo-uk’s first not-for-profit partner in 2012, and who addressed the apdo-uk conference in 2013.  What fascinating, lovely people they all are.


Anyway, back to the Parliamentary launch.
It was hosted by Jim Fitzpatrick MP, and included Shadow Fire Minister Lyn Brown drawing attention to facts, figures and popular myths about hoarding, and Ian Bitcon - CFOA UK Strategic Lead for Hoarding (West Yorkshire Fire and Rescue Service) outlining various specific hazards to fire fighters, including blocked access and egress (entry and exits) due to piles of materials such as stacked newspapers.


A fire safety video was shown - produced by Hampshire Fire Service, in association with The Building Research Establishment (BRE), and co-sponsored by apdo-uk and Clouds End CIC; it demonstrated the effectiveness of a sprinkler system in putting out a fire in a hoarder’s home.
Personally, I find it difficult to believe that many hoarders would agree to having a sprinkler system installed, as there’s a risk that the water would damage their precious possessions in the event of a fire starting and the sprinkler being activated.  Of course, if they’re installed in advance of someone moving into their new home, then it’s a fait accomplis; who knows how they’d react in the event of the sprinkler being used, but that’s probably a debate and blog for another time.


Mark Andrews of The London Fire Brigade explained protocols they developed for working with hoarders - in association with Heather at Clouds End - which have very successfully involved multiple agencies working together.  And finally, Andrew Chaplin - CEO of Foundations, the national body for home improvement agencies and handyperson services in England - outlined how they handle challenges they face when working with hoarders. 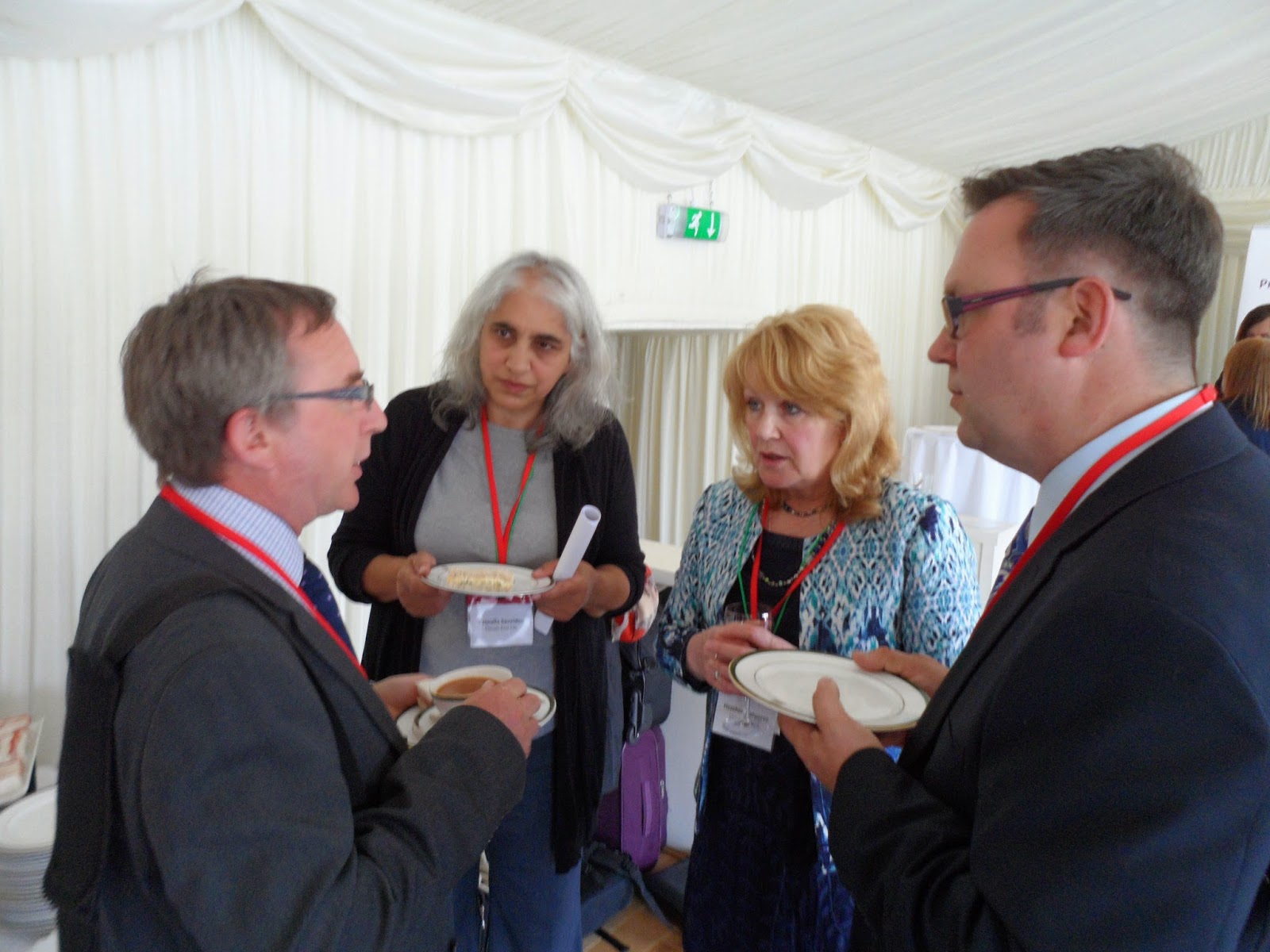 And then it was time for the buffet and mingling.

I bet the producers of the hoarding programmes never thought they would see hoarders having afternoon tea with MPs in the Houses of Parliament!

Whilst UK Hoarding Awareness Week (#HOARDAWARE2014) starts on Monday 19th May, the need to help hoarders is constant.


I’m delighted that CFOA’s campaign is raising awareness of the dangers of hoarding, which is said to affect anywhere between 1.5% and 5% of the UK population.

As a professional organiser who also happens to be the daughter of a hoarder (and someone who tripped over a door wedge at work many years ago and slipped two discs - see my previous blog on the subject), I’m extremely risk aware of slip, trip and fall hazards.

Properties affected by excessive amounts of clutter present extreme risks and fire hazards. Hoarders are vulnerable (often secretive) people, and can be in denial about the dangers they create with their clutter; unwittingly they create conditions which put people’s lives in danger – their own, plus visitors, neighbours, the local community and the emergency services.

By working closer together, the emergency services and organisations (such as local government, mental health, social services, social housing landlords and professional organisers) will be able to improve the holistic care and support (medical, practical, financial and psychological) that hoarders, their families and their support groups need – most importantly, funding to pay for the services of empathetic professional organisers who work with hoarders and help make a practical difference to their lives.

So, if you're a member of any of these professions, or know someone who is, please start discussions to get the ball rolling and help safeguard your community - because who knows, you might even be living next door to a hoarder and not realise it.

For further information about the UK Hoarding Awareness campaign 2014, do please contact me (Cherry Rudge) or Ian Bitcon of CFOA, or follow Rainbow Red on Twitter (@RainbowRedUK) or Facebook (Rainbow Red – Decluttering, organising and project management).


In the meantime, now I’ve recovered from the 2014 Parliamentary launch, I’m off to think about next year's campaign, and introduce myself to my local fire and rescue service to see how we can work closer together – all in a day’s work you understand, nothing to do with firefighters in uniform, honest….!