I feel very privileged to have been allowed to promote the Hoarding Ice-Breaker Form at an amazing ground-breaking event recently (14th & 15th September 2018) - The Fastminds Neurodiversity Arts Festival 2018.

It was organised by the wonderful folks at Fastminds - the Adult ADHD/ASC Support Group I'm involved with in Kingston-upon-Thames.

Performers, artists and people affected by a vast spectrum of neurodiversities and medical conditions came from far and wide for two days of creative inspiration, live music, interactive performances, short film screenings, market stalls, story-telling, poetry, and being themselves - enjoying spending time with people who accept them for who they are, irrespective of their disabilities - hidden or otherwise.

Click here to see the video of the event.

The amount of effort, hard work and organising that goes into creating an event like this is phenomenal, and is even more magnificent in this case because of the difficulties with planning and organising that people with neurological conditions such as ADHD and Autism experience.

The festival’s Creative Director - Isabelle Haythorne – did a GRAND job!  She's an art therapist and runs the Sutton ASD group.  Her can-do attitude and her connections with her partner Keith Gould - who has experience of live events and was the festival’s Technical Manager - made it all possible. 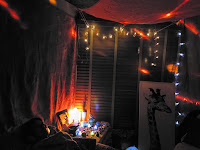 I was particularly blown away by the fantastic chill-out room - where people could go for some peace and quiet – it was a triumph, so many congratulations to Sarah and her team!

Wonderful original canvas artworks created by members of the Fastminds group were on sale, together with some absolutely STUNNING cards of paintings they'd created to raise money for the event and the group.  The cards are also available to purchase online - click here for the Fastminds section of the We All Send Cards website, or contact Fastminds .

Special praise must go to the founder of Fastminds, Sheena Crankson, without whom there would have been no festival and no support group.

Sheena had a life-changing experience when she was diagnosed with ADHD at the age of 47, after her son was diagnosed with ADHD (he also has Asperger’s).  She is the Fairy Godmother and Guardian Angel for the Fastminds group, and works tirelessly to support and advocate for members, especially in their hour of need - whether it be offering help filling in forms; helping members to challenge cuts to their benefits; helping folks get a referral for a diagnosis; sourcing help and support; arranging activities for the group to take part in, or simply being there for them to vent their frustrations.

Afterward the festival Sheena said “A huge thanks to all the fabulous folks who attended this amazing event, and to all our volunteers who selflessly gave up their time to support us.  We made new friends and strengthened ties with existing ones.

The core aims of this event were to:
We’re delighted that the two days more than achieved these goals, and we’re already planning further similar events”.

During the festival I was asked to speak in a thought-provoking and deeply moving story-telling session, run by Alex of The Mindful Compass.  One of the story tellers -  talented artist Anna Dyson of Intuitive Oils in Kingston - gave a moving account of her struggles at school where she was unsuccessful with her exams; the difficulties she’d encountered of getting a diagnosis of ADHD (which finally happened when she was 52), Dyslexia, Dyspraxia and Irlen Sydrome, and the challenges she faces on a daily basis getting help and support for herself and her neurodiverse family.

After the festival Anna said "I have laughed, cried, danced, sung, drawn, and been drawn and painted, spoke twice in front of a live audience, watched inspiring films, live music, was blown away by the live art installation The Suit Project, and so much more".

"I’ve met some of the bravest most courageous, amazing , colourful , intelligent, talented and creative people from all ages and all walks of life. I’ve seen people grow in confidence after exhibiting their art in our gallery, or having their art made into greetings cards, and also taking on other roles that they’re not familiar with.

But most of all been reminded of the massive difference it can make when you are with people who just ‘get you’ just the way you are".

I'm very grateful to my wonderfully thoughtful friend Anna - who has high functioning Autism (and suspects she may have ADHD too) and raises loads of money for the National Autistic Society - for driving all the way from the other side of Surrey to attend the event.  This was a major achievement, as travelling can be difficult for her due to the sensory overload that goes with it - and of course then the social interaction with members of the public can sometimes be problematic.  Fortunately, she thoroughly enjoyed herself and had a go at making various crafts, listening to music and immersing herself in the amazing atmosphere.

My own personal key takeaways from this wonderful event are that:
It also puts additional pressure on volunteers like Sheena, who already have more than enough on their plates.

So I hope that sufficient funds can be raised to support Fastminds and make the Neurodiversity Arts Festival an annual or bi-annual event;  that way it will continue to raise awareness of the type of issues that were discussed in the story-telling sessions, and ensure that they get discussed at Fastminds Support Group meetings, as well as at both local and national parliamentary levels.

For more information about the Fastminds Support Group and their weekly and monthly meetings at Kingston Quaker Centre, check out the events page on their website:  http://www.adhdkingston.org.uk/events.html

If you would like to help support Sheena, the Fastminds Support Group and the Fastminds Neurodiversity Arts Festival, please consider:
https://weallsendcards.com/cards/byartist/fastminds
Meanwhile, scroll down for a few more photos of the festival - hope to see you next year!

About the Fastminds ADHD/ASC Support Group
FASTMINDS is an acronym for common symptoms that are often seen in Attention Deficit Hyperactivity Disorder (ADHD):
www.adhdkingston.org.uk


What is Neurodiversity?
According to the University of California (San Francisco), there are more than 600 neurological disorders - diseases that affect the brain and the central and autonomic nervous system, and millions of people around the World.

They're broadly classified into:

Check out the NHS website for some fascinating facts and statistics about Neurological conditions. 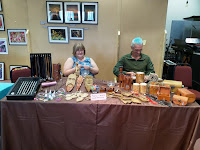 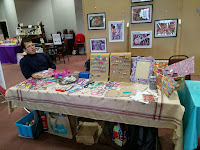 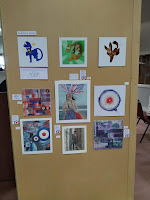 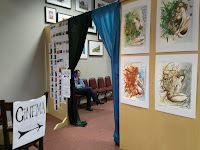 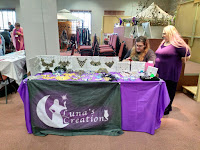 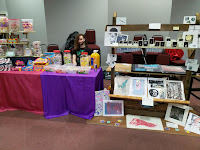 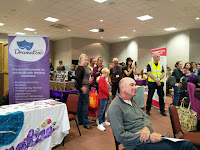