A mindful recovery from COVID, perspectives from my bedroom window, and how The Universe works in mysterious ways 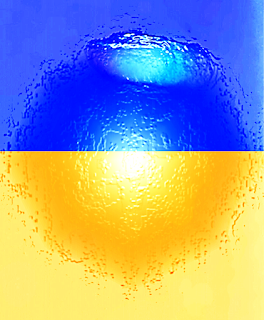 Today is COVID day 9 for me and I’m still testing positive and quarantining in my bedroom.

Thankfully I feel less shattered than this time last week, the coughing and aching has virtually stopped, I don’t feel like I’ve been flattened by a steam roller anymore, and I’ve barely needed to take any paracetamols for a couple of days.

I’m thankful to The Universe that the sun is shining, it's peaceful outside (apart from the birds singing their little hearts out, the blaring chimes of ice-cream vans, and the sounds of children laughing and playing in their garden!), and I can recover snuggled up in bed (with my laptop, phone and wi-fi!) knowing I’m being well looked after by my husband.

Something I hadn’t expected to be able to thank The Universe for by having COVID is the gift of precious time – time to stop worrying about others for a while, and focus my energy on myself and MY recovery, for a change – ie. practice what I preach to others!

Yes, it’s been great having time to catch up on things I’ve been meaning to do for AGES!  And I don’t just mean replying to personal emails and messages I’ve not had the energy to reply to for far too long (tick); or writing a couple of blogs (including this one - tick, tick); or burying myself in my laptop to finish projects for the Support Group I’m a Trustee of (tick, tick, tick, tick).

More importantly, I thank The Universe for offering me an insight into what life may be like for anyone with EXTREMELY impaired Executive Functioning 24/7, 365 days a year – often on top of chronic physical and mental health issues.

By that I mean I now have a better idea of how exhausting it can be to have constant brain fuzz (more fuzzy than I usually have as someone with ADHD) that makes it not just difficult to make decisions but virtually impossible; the frustrations of trying to express verbally what I’m thinking or feeling (assuming I can remember what I was going to talk about); what it feels like to feel light-headed and keep misplacing and dropping things – and the list goes on.

I’m thankful to The Universe for giving me time to listen to what's going on outside my window, which is wide open and allowing in the wonderous smells of freshly cut grass - thanks to my lovely husband, who is also recovering from COVID, and who needed a lie down after mowing the lawn. 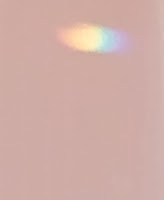 I’m thankful to The Universe for giving me time to lift my head from my laptop, lay back on my bed and enjoy watching the shadows and elliptical rainbows moving around the walls as the sun moves round and shines through the Venetian blinds and crystal pendant inside the heart hanging at the window.

I have a tendency to see things from a different perspective from others, so I couldn't resist being a bit arty with some of photos I took.
Great fun! 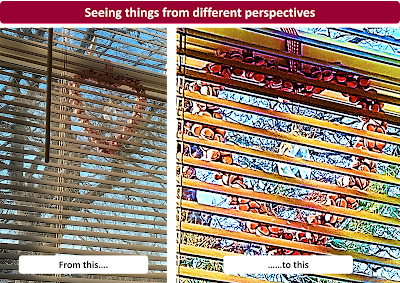 Except…… my constantly whirring ADHD brain has also had time to consider things from a very different  perspective too.....
I think of the traumas that have made generations through the ages crave for the peace and solitude that I’m enjoying today.
And I think about the perspective of all those recovering from COVID-19 who are having very VERY different experiences to me.

For example, I think of those without a safe home to recover in, or who are in hospital, or make-shift hospitals, or lodging with others temporarily – all with an uncertain future ahead of them.

I think of all those looking out of windows with broken glass, devoid of glass, and voids where windows and walls used to be - demolished by ear-shattering blasts that rocked their once peaceful World.

I think of looking out of windows onto landscapes that once embodied a united community, busily getting on with day-to-day life.  Except now all they see are terrifying scenes from the bleakest, most realistic CGI-enhanced war movies or virtual-reality computer games.

I think of shattered buildings, shattered lives, shattered dreams and shattered futures that will take many, many generations of construction workers and trauma therapists to repair and rebuild.

There are no squawking crows, chirping blackbirds or sounds of children playing for them to listen to.  Instead, they hear sirens, gunfire and explosions, and the screams of wounded innocent victims.

No views of brightly coloured parakeets and Wood Pigeons sitting in a mighty two-hundred-year-old oak tree for them to look at from their window.  Instead, all they see is smoke from burning buildings and flashes from explosions.  In the street they see craters, barbed wire and barricades and citizens attempting to find food, water and shelter.

If they’re unlucky they’ll see uniformed young men exhausted by prolonged resistance from what they'd been told was a colony that needed rescuing from Nazi sympathisers.

Just how difficult must it be for the members of that youth army - and the nation they represent - to come to terms with having been duped by the President, Chiefs and Commanders who sent them there?  Power crazed leaders sitting pretty in their lavishly decorated mansions, viewing the World through blinkered lenses (based mainly on the experiences of one person’s family during WW2), being nourished by sumptuous confirmation bias being served by obedient minions who have spent decades being programmed to fear incurring the wrath of their masters instead  of looking at things from a different perspective and considering what the consequences of their actions might be on others.

I thank The Universe for allowing me to recover from COVID,  and giving me the time to help me consider these recent events from a different perspective, and compare them to my late father’s experiences of being a victim of an horrific war that genuinely did involve Nazis.

During WW2 he was one of 1.37 million children evacuated from London to the country.  The traumas of war affected his life, influenced his views and the decisions he made as a result – decisions that continue to affect his family 80+ years later.

The traumas my Dad experienced during the war (now referred to as Adverse Childhood Experiences - ACEs) were nowhere near what others of his age went through, and what victims of conflict, famine, drought or injustice continue to endure today.

My Dad was one of the lucky ones.  And so am I.

Because what happened to my Dad has empowered me to become an instrument of change – and directly influence decisions that helps change lives.

It never occurred to me that one day learning about ACEs and how it can seriously affect the health and wellbeing of those affected by it (especially if conditions such as PTSD aren’t quickly diagnosed and treated) might directly affect my understanding of what may have contributed to the decision my Dad made about buying his neighbour’s house when she moved, and then expanding to fit the space.

Learning about ACEs helped me personally (for example):

Who knew that just one person’s Adverse Childhood Experiences might one day lead me to create a whole new career for myself in 2011, leading to becoming:

It just goes to show what re-framing someone’s perspectives can do! 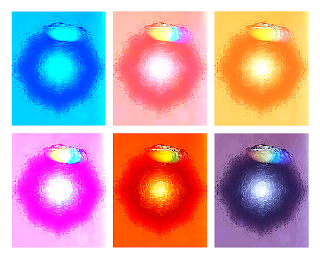 I won’t say that re-framing perspectives is always easy – far from it!

It grieves me to learn that decisions have been made despite me pointing out the likely benefits of making a different decision, and the potential consequences of their actions - especially when it’s directly related to addressing issues related to a person’s safety, wellbeing, activities of daily living, mental health and possible reasons for their impaired Executive Functioning.

It would be lovely to think that folks will one day look back and say how grateful they were that because of me they learned to see things from a different perspective, and that the informed decisions they made as a result enabled them to live a safer, healthier and more fulfilled life as a result.

Admittedly it’s highly unlikely the decisions I manage to influence will directly put an end to things like wars and global warming – although who knows?!

If nothing else, perhaps a few more people will regularly make time to be mindful and thank to The Universe for the little things in life that they can see and hear outside their windows - hopefully without being distracted by pandemics, war or global warming…..

Oh, and in case you're interested, the round images above are manipulations of photos of the crystal rainbows - a most surprising perspective, thank you PowerPoint!

New comments are not allowed.